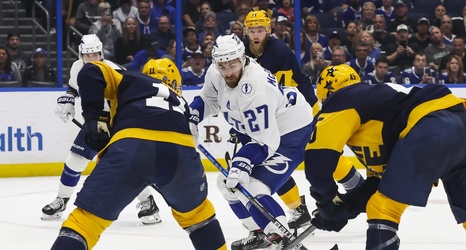 The Nashville Predators announced today that they have acquired defenseman Ryan McDonagh from the Tampa Bay Lightning in exchange for defenseman Philippe Myers and forward Grant Mismash.

McDonagh brings not only a veteran presence but championship experience to the Predators blue line. McDonagh was named captain of the New York Rangers in 2014. He joined the Tampa Bay Lightning in 2018 where he went on to win two Stanley Cups. McDonagh has four years remaining on a $6.75 million deal.

The Predators traded Philippe Myers and Grant Mismash for McDonagh.