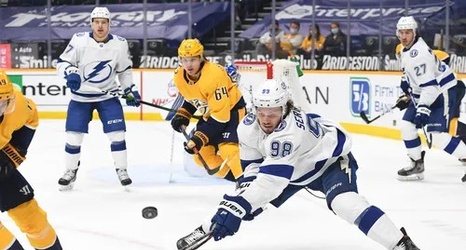 The Nashville Predators and Dallas Stars met up tonight in a four-point game critical to both teams’ status in the playoff race. The Stars had won their previous game, against the Florida Panthers, as had the Chicago Blackhawks—the third team chasing that spot—against the Columbus Blue Jackets, while the Predators were shut out by the Tampa Bay Lightning.