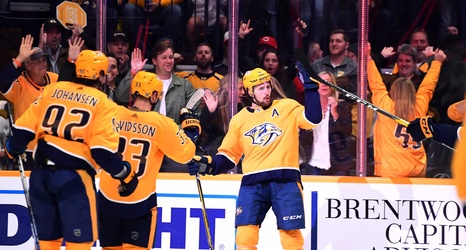 If Game 4 wasn’t a microcosm of the entire 2021-22 Nashville Predators’ season, I don’t know what was. There were exciting moments that swelled optimism among the Preds fanbase, only to be snuffed by absolutely gut-wrenching pockets of play that ultimately sealed Nashville’s fate.

And when the final buzzer sounded, the Predators, who had spent all season shattering almost every long-standing single-season team record imaginable, would make their way into the record books one last time...

The first time the Predators have ever been swept in a playoff series.

Give credit where it’s due: the Colorado Avalanche were the better team throughout the series.