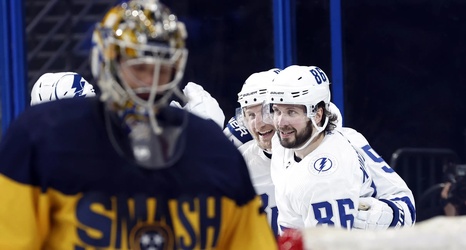 The Nashville Predators headed to Tampa tonight to take on the Tampa Bay Lightning.

It didn’t get off to the start they wanted, as Filip Forsberg took a tripping penalty after a turnover early, and Victor Hedman scored very soon after on the power play. (The fact that later in the period an almost identical tripping call that would have benefited the Preds was missed didn’t help improve the feeling.)

Matt Luff and Mikhail Sergachev exchanged greetings and roughing minors a moment later, but neither team was able to convert on the 4v4.