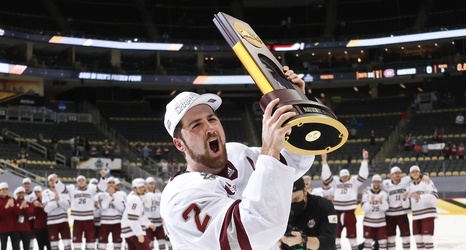 On Saturday night, University of Massachusetts (UMass) Head Coach Greg Carvel completed a comeback five seasons in the making. There was no comeback in the NCAA championship game: the Minutemen dominated St. Cloud State, winning 5-0 to capture the program’s first title. But there was a comeback for the program as a whole from basement dweller to national juggernaut.

Then came a freshman class—highlighted by Cale Makar and Mario Ferraro—that helped turn the program around.