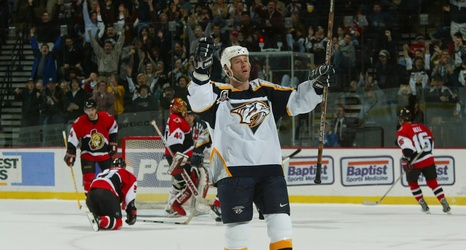 Because nostalgia is the “it” thing right now, this summer, we’ll be taking an in-depth look at the off-seasons from the Predators’ past. For this series, we’re only looking at moves made between the end of the season and the start of the regular season.

Ahh we’ve made it to 2001... Shrek and Donkey went on an adventure to save Fiona, Apple unveiled some new thing called the “iPod,” and Justin Timberlake and Britney Spears wore THAT denim ensemble to the VMAs.