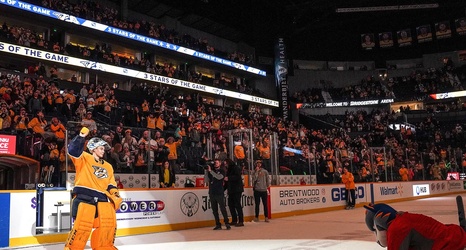 Also that night, Dan Ellis led the Predators on the ice for Game Six of the Western Conference Quarterfinals. Despite making 40 saves (which gave him 92 saves in a two-game span), Ellis took the loss in Nashville’s 3-0 defeat at the hands of Detroit.

It would be the last time someone not named Pekka Rinne started a playoff game for the Nashville Predators.