If You Ain’t First: Grading the Predators’ 2006 Offseason 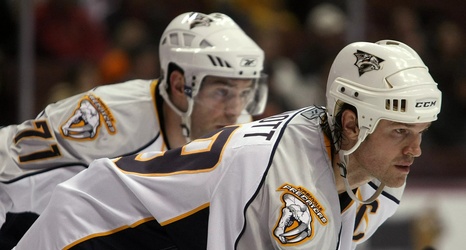 Because nostalgia is the “it” thing right now, this summer, we’ll be taking an in-depth look at the off-seasons from the Predators’ past. For this series, we’re only looking at moves made between the end of the season and the start of the regular season.

Dear eight pound, six ounce, Newborn Baby Jesus... don’t even know a word yet... we’d just like to thank you for all the wins during the Paul Kariya era, and the two 100-point seasons — LOVE THAT RECORD — that we’ve accrued during the tenure.