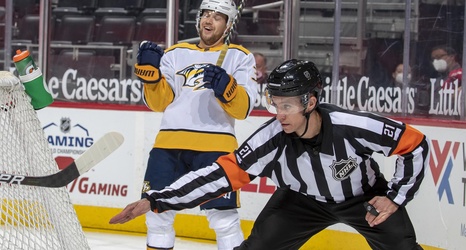 Recap: Nashville Predators 7, Detroit Red Wings 1: Arvidsson’s hat trick leads Preds to victory | On the Forecheck
On his birthday, Arvidsson blew out the candles AND the Red Wings.

Preds’ Johansen Not Apologizing For His ‘Slow’ Shootout Move | WKRN News 2
His slo-mo move has many talking, but Ry Jo is going to keep doing it until someone tells him he can't.

Other Hockey News and Notes

Video: A Beginner’s Guide to the PWHPA | The Ice Garden
Learn about the PWHPA and hear from the players on why you should cheer for their regional training hub during the Secret Dream Gap Tour!