Friday’s Dump & Chase: Nobody left to believe in 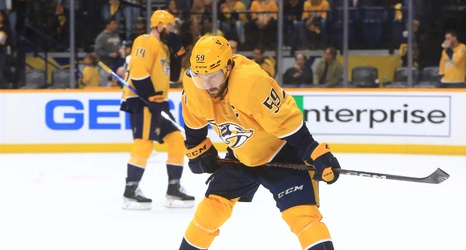 The Nashville Predators’ Offseason Checklist | On the Forecheck
The offseason is...now.

There are a number of things the Preds are going to need to address this offseason.

Saros Talks Injury, Reflects on Preds Season Following Vezina Nomination | nhl.com
Juuse Saros isn't a doctor, but when he felt a "pop" during the third period of the final Predators home game of the regular season a couple weeks back, he figured the prognosis wouldn't be great.

It doesn’t appear that this injury will affect Saros long term, which is a big relief in Nashville.