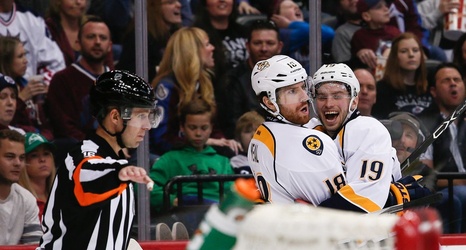 Continuing his incredible season, Josi breaks another record...and there are thirteen games to go.

Can You Pass This Nashville Predators “Record-Breaking” Quiz? | On the Forecheck
There have been a lot of records smashed in Smashville this year; have you been keeping track of them all?

Doug Wilson to Step Down As General Manager of Sharks After 19 Seasons | NHL.