Egor Afanasyev looks ready for the NHL, but will he (and should he) make it? 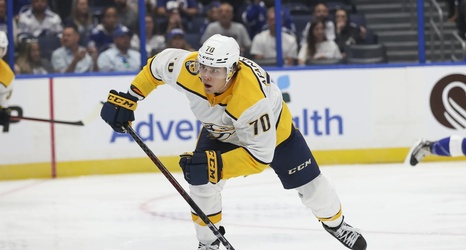 The Nashville Predators traded P.K. Subban in the 2019 offseason. Immediately, the talk became about the return. How would a return of Steven Santini, Jeremy Davies, the number 34 pick in the 2019 draft, and a 2020 second-round pick be enough to compensate a team losing one of its best defenders?

Santini wasn’t given much of a shot and ultimately was bought out by the team. Davies looks like a strong prospect, and he even got some NHL action due to a multitude of injuries to the defense core. He’s a primarily offensive defender that uses his skating effectively to open up lanes.