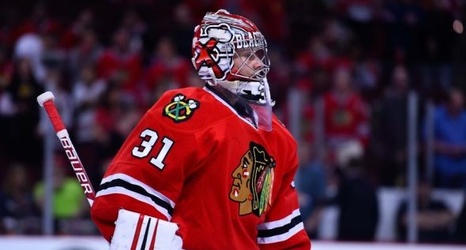 The Nashville Predators had a strange fan rooting for them in last years playoffs against the Chicago Blackhawks. In a report from Yahoo’s Puck Daddy, Antti Raanta, the Blackhawks back up goalie was actually hoping that the Predators would win.

As a matter of fact, he not only hoped they would win but he wanted them to sweep the ‘Hawks in four games so he could get home to Finland. Raanta spoke to the Finnish paper Satakunnan Kansa and said:

“I was really hoping Nashville would beat us in four games and I could get back to Finland.