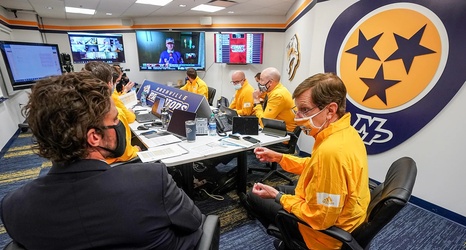 Welcome to On The Forecheck’s live Trade Deadline coverage for the 2021 season. We’ll be updating this post frequently starting Sunday evening, as teams have already made four trades as Nashville was wrapping up the 3-2 shootout win over Dallas.

Trades will be added below as they happen, and we’ll be sure to let you know when we have any analysis involving the Nashville Predators, who are pushing for a playoff spot after an unlikely early season.

Told Curtis Lazar is going to Boston from the Sabres.