Wyoming Cowboy Selected in 2nd Round of NBA Draft 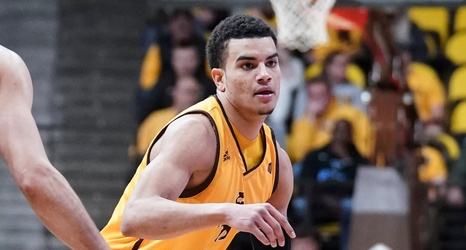 Congratulations to Wyoming guard, Justin James, who was selected #40 overall in the 2019 NBA Draft on Thursday night.

Justin James came to Wyoming from Florida out of high school. Once on campus, James played every season at Wyoming and saw his numbers improve every year, culminating with his senior season. While the Wyoming Cowboy basketball team was not very good in the 2018/2019 season (finishing 10th in the Mountain West and with an overall record of 8-24), James had a very good year. James led the Cowboys in minutes, points, rebounds, assists, and steals. Overall, James put up some pretty special numbers as noted in the tweet below, which also includes his draft selection and highlights.