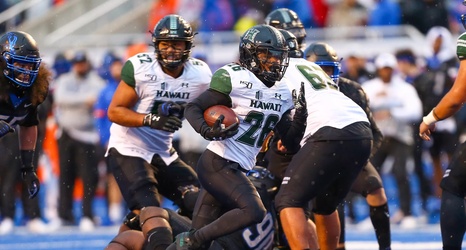 Hawaii football set forth into uncharted territory on Saturday afternoon in Boise, Idaho. Hawaii defeated San Diego State 14-11 two weeks prior at Aloha Stadium, a victory that afforded the Warriors a tiebreaker in conference play, making Hawaii’s 5-3 conference record superior to San Diego State’s 5-3. That set the stage for a return to Boise, the site of one of Hawaii’s few losses in 2019.

Just before the game started, Hawaii head coach Nick Rolovich said on the ESPN broadcast that coming to Boise a second time lessened the mystique Boise State’s field, atmosphere, and team had over the Warriors in the previous contest.