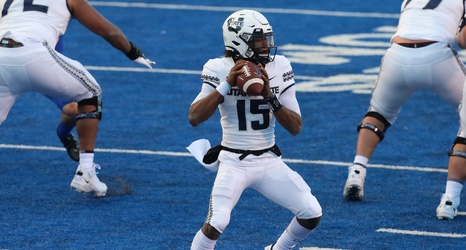 The Aggies opened up their season against Boise State at Albertsons Stadium on Saturday night. The Aggies lost 42-13 and a lot was learned about both teams. Firstly, Boise State is the same old Boise State, they stalled in the second half after building a 28-0 lead with a 21 point second quarter. The Aggies have a lot of things to figure out going into next week against San Diego State.