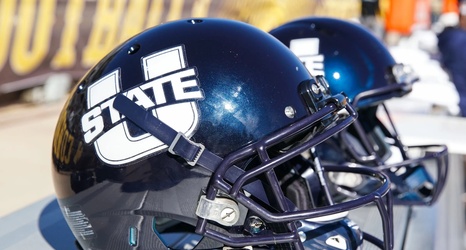 Utah State has wrapped up their Spring game with the offense putting up 795 yards (412 rushing, 383 yards passing) and the defense forcing four turnovers, returning two of those turnovers for scores. So, how has Utah State developed since the end of last season?

This shouldn’t come as a very surprising statement but Utah State really struggled on offense last season. In the first couple games, Utah State was unable to produce a player that passed for over 100 yards. Jason Shelley began the year as the starter and in the first three games passed for 92 yards, 88 yards and 96 yards respectively.