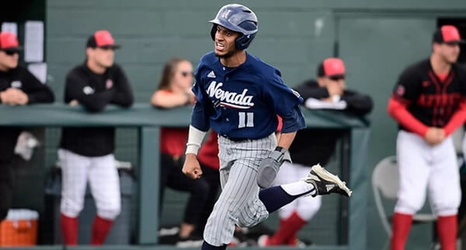 Nevada’s three draftees are the most it has had since 2016 when Miles Mastrobuoni, Trenton Brooks and Sam Held were picked.

Ford was selected in the fifth round — 154th overall — by the Pittsburgh Pirates on Tuesday, June 4. It was the highest selection of a Wolf Pack baseball player since Reno Aces right-handed pitcher Braden Shipley went 15th overall by the Arizona Diamondbacks in 2013.

In three seasons with the Pack, Ford accumulated a 6.