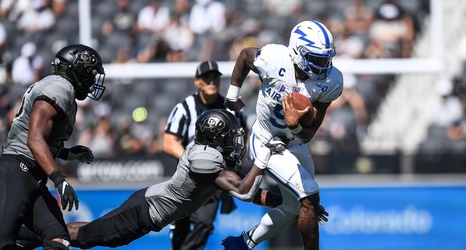 Another week, another victory for the Mountain West over a Power 5 conference opponent. This time Air Force took down another PAC 12 member in Colorado. At this rate, the PAC 12 is going to ban its members from playing MWC teams, or kick out Oregon State and Colorado and raid the Mountain West. This week we are going to look at the advanced stats from Air Force and Colorado since it’s probably going to be 45 years before they play each other again.

Not including overtime, Air Force started their drives on average 72.