Star players step up for UNLV in win against Eastern Michigan 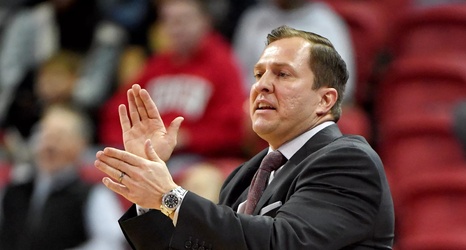 UNLV had a week off before its game against Eastern Michigan. The last time they had a week or more off before a game was a 10-day window before the Pacific game, which ended in a UNLV loss.

For the beginning of Saturday’s game, it appeared that history would repeat itself. However, several key players stepped up for UNLV to make sure that would not happen, as they won comfortably against Eastern Michigan 64-49.

For the second game in a row, T.J. Otzelberger rolled out the starting line up of Jay Green, Marvin Coleman, Nick Blair, Vitaliy Shibel, and Mbacke Diong.