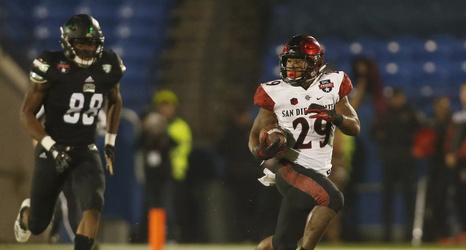 I have put together a projected depth chart for the upcoming football season. San Diego State finished last season 7-6 and 4-4 in the MW. The Aztecs ended the season poorly with three of their four Mountain West losses coming in the final games. Looking ahead to the first game of the season against Weber State on August 31st, SDSU will have some new faces added to the roster. The first player under each position is the projected starter followed by their back up and so on.