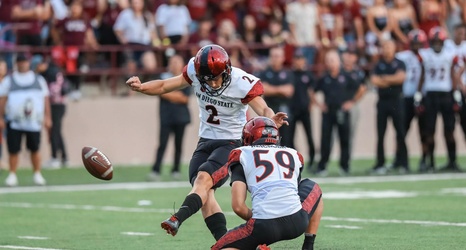 The Lou Groza Award is given out to the best kicker across the entire country. The preseason watch list was announced earlier today and included SDSU’s redshirt sophomore Matt Araiza. There were only two other Mountain West players selected, Nevada’s Brandon Talton and San Jose State’s Matt Mercurio.

The Aztecs place-kicker was stellar in his first season of collegiate play, nailing a program leading 22 of 26 fields goals all 28 of his extra point attempts. He was one of just five FBS kickers to make at least one field goal in every game played.