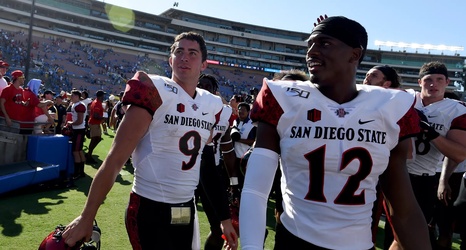 The Aztecs have started the season strong and do not give any signs of slowing down against the Aggies.

SDSU has been effective offensively scoring four touchdowns on the ground and two through the air.

Senior quarterback Ryan Agnew has been very consistent through the first three games only throwing one pick.

Sophomore running back Jordan Byrd had an outstanding game against New Mexico State as he rushed for 118 yards and scored twice.

The Aztecs have been in need of a back that can put up 100 yards every week.