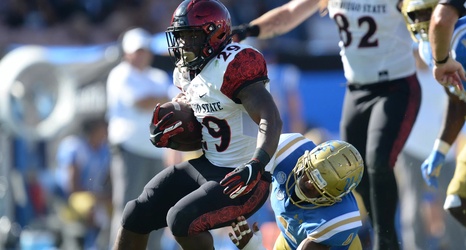 San Diego State was set to compete with UCLA on September 19th before the PAC-12 followed in the Big Ten’s shoes and announced their schools would be shifting to an in-conference only schedule due to the current pandemic. The ruling came as a precaution for the health and safety of their student-athletes, coaches, officials, and all others involved.

From a financial standpoint, the loss of the game will not hurt as significantly as some other Mountain West schools. Neither team paid for their contest to occur and although SDSU expected a rather large number of fans to fill the stadium, they were preparing to allow a mere 25% of normal capacity in due to the threat of COVID-19.