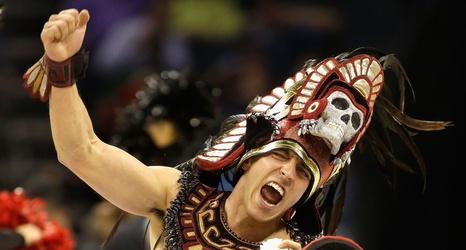 “This isn’t a fluke,” SDSU Coach Lev Kirshner said. “This is a very good (SDSU) team that has bought into the Aztecs culture that we’ve fought really hard to regain. Akron is a very good team, and so are we.”

In NSCAA Men's Soccer, the Aztecs shocked No. 1 Akron in men's soccer Friday night, winning 1-0 on Travis Nicklaw's 61st-minute penalty kick before a standing room only crowd at the SDSU Sports Deck. The victory ranks among the program's biggest victories since its run to the 1987 NCAA final and the biggest in Coach Lev Kirshner's 17 seasons on Montezuma Mesa.