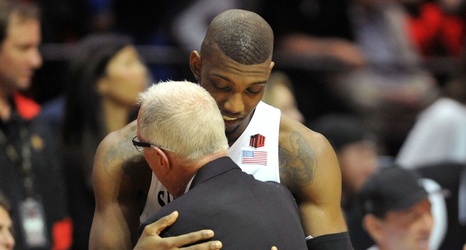 Aztecs (24-8, 16-2) fans can breathe a collective sigh of relief, as their team escaped Mountain West Tournament quarterfinals play in Las Vegas against a game Utah State (16-15, 7-11) squad by the narrowest of margins. It really did not look good the majority of the game for SDSU.

The contest remained in question all the way up until the final seconds, when Utah State gift wrapped a win by committing costly back to back flagrant fouls with 3 seconds remaining. The score was 66-65 in the Aztecs favor at that point.

There was some confusion on the first flagrant foul as it occurred before the ball was inbounded.