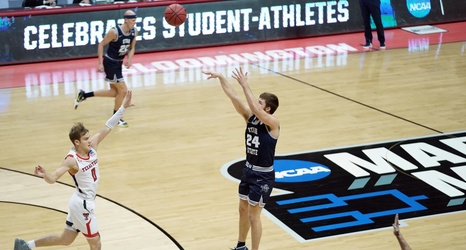 Two weeks after the departure of Craig Smith to Utah’s men’s basketball team, the Aggies have lost another key component to the success that they had this past season. Rollie Worster has made the decision to enter the transfer portal.

Worster still technically has four years of eligibility remaining as the NCAA has given athletes the opportunity to take advantage of another year of eligibility. As a freshman during the 2020-2021, Worster averaged 9.1 points per game (40.6% shooting), 3.8 rebounds per game and 3.5 assists per game. Worster was a key part to getting Utah State to the Mountain West title game, having is best game of the season in a quarterfinal game against UNLV, putting up 14 points (66.