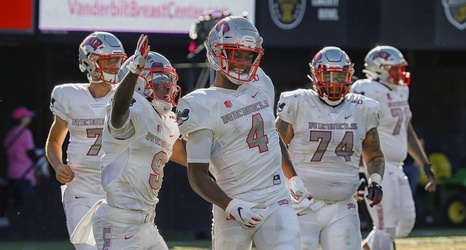 The last thing a team in a midst of a four game losing streak that has not scored more than 20 points during said losing streak is to face an SEC opponent on the road. However, a trip to Nashville to play Vanderbilt was just what the doctor ordered, as UNLV dominated the Commodores 34-10 on Saturday afternoon.

At the beginning of the season, it appeared that this would be one of, if not the most challenging game on UNLV’s schedule. Many had penciled the Vanderbilt game as a loss for the Rebels. The task at hand Saturday afternoon seamed even more daunting give the Rebels had not won a football game or scored more than 20 points in a game in 41 days.