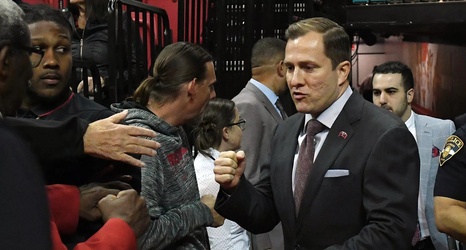 Jake Hendricks knocked down a three-pointer, his sixth of the game, to give Wyoming a 62-56 lead with 1:36 remaining in the game.

UNLV looked done, but this scrappy, battle-tested group of Rebels were not going to go down easy.

Marvin Coleman hit a three, Nick Blair got a bucket, and UNLV was down two, 63-61.

Part of the reason UNLV had a chance to tie the game late was Wyoming missing its free throws. The Cowboys missed four straight free throws.

On its final offensive possession of the game, UNLV had a chance to tie the game, at the free throw line.