Peak Perspective: The Mountain West Has a Rivalry Problem 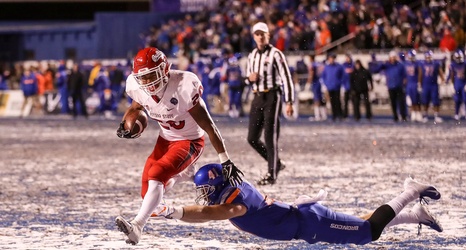 Last year, Fresno State and Boise State played not one, but two close games that helped to shape the Mountain West 2018 football landscape. During their first meeting in November, Boise State came back from a 17-3 deficit halfway through the third quarter to win 24-17 at home. The win would be a critical moment for their conference championship hopes, and they won the Milk Can in the process. Less than a month later, Fresno State beat the Broncos in the MWC Championship Game. An overtime thriller, Fresno State took home an even more coveted trophy and claimed rivalry supremacy while stealing a game on the blue turf.