Peak Perspective: The Mountain West Has a Recruiting Problem 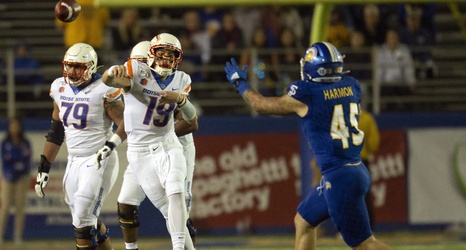 With signing day behind us and spring football coming soon, I decided to take a look at how the Mountain West has recruited in prior seasons. I was surprised to see how much recruiting in the Mountain West has dipped in recent seasons. You would think schools like San Diego State and Fresno State that are in a talent rich state like California would be able to compete with some Power Five schools. However, that just isn’t the case. After looking at the data from the past four years, I came to two conclusions: Boise State dominates in recruiting with the gap getting wider, and kids are leaving their home states more frequently.