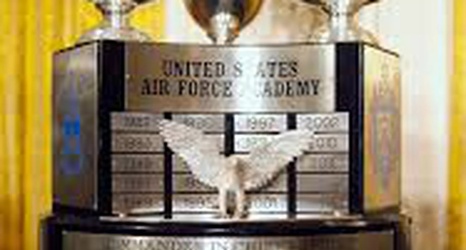 The Commander in Chief trophy, affectionately known as the CIC among the players who vie for the right to have it in their trophy case until the following year, is a symbol that the casual college football fans might not know the meaning of or the weight it actually carries with the athletes and schools. When a child chooses to play football it often comes with the glitz and glamour of an NFL career and while it takes a special kind of person just to make it to a professional level however, something I have had to learn over the past few weeks with my brother choosing to attend the Air Force Academy to play football is that the person who chooses to nearly forgo their chances to attain a professional career to learn and prepare to defend the country.