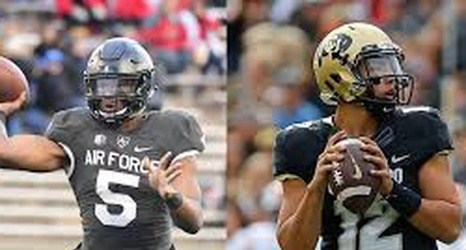 When the field is taken this weekend in Boulder, Colorado it will be the first time the Gold and Black of the University of Colorado will look across at the Electric Blue and White of the Air Force Academy. After 45 years of not playing one another a lot has changed on both sides. For one the men heading the sidelines for both schools will be competing for the first time in their careers against the other school. Back in 1974 Bill Mallory lead his Buffaloes coming out of the Big 8 conference against while the independent Falcons were lead by Ben Martin.