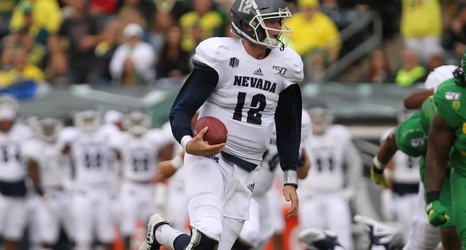 With help from smothering defense, Brandon Talton’s four field goals and Jaxson Kincaide’s running/receiving attack, Nevada football held on for a 19-13 win over the Weber State Wildcats on Saturday at Mackay Stadium.

The Wolf Pack offense struggled out of the gate, trailing 10-9 at halftime despite putting up 274 total yards and limiting the Big Sky Conference opponent to five first downs. Persistence remained key for Nevada in the second half, and it paid dividends down the stretch.

Coming off a tough loss to Oregon, the Wolf Pack played with a chip on their shoulder.

“I knew we were gonna have some adversity tonight,” head coach Jay Norvell said.