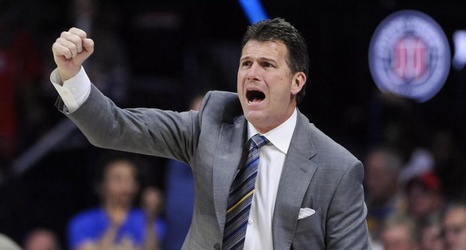 Alem Huseinoviu0107, one of the most coveted class of 2020 recruits from the state of Arizona, announced his commitment to new head coach Steve Alford and the Nevada program on Monday, via a post on his Twitter account.

Huseinoviu0107, who this past season helped Chaparral High School to an Arizona 6A state runner-up finish to Pinnacle High School (which featured Arizona five-star commit Nico Mannion), also told AZ Central on Monday that he intends to transfer to PHHoenix Prep Academy for his senior campaign in the fall.

The commitment from Huseinoviu0107 gives Nevada head coach Steve Alford his first “true commitment” in the 2020 class, but the Bosnian guard will be joined by a duo of transfers who will become eligible for the 2020-2021 season in Desmond Cambridge (Brown) and Warren Washington (Oregon State).