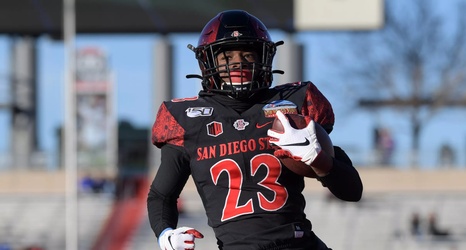 February recruiting can be a pretty slow time, but it is telling. Mountain West teams especially shoot for the stars, literally. Many of the offers going out are highly ranked players or recruits who are under the radar now before seeing their recruiting explode in the spring and summer. Keep an eye on these names as the MWC gets a few of them each year.

This week’s cover photo was going to go the team who secured got the highest number of top positions in this class, as you’ll see below. However, there was a four-way tie, so getting a bit creative here.