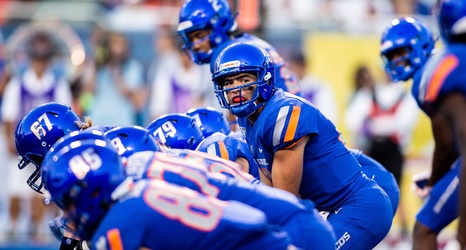 Another unbelievable blow for Collin Hill. Hill has been fighting with knee injuries his entire time in Ft. Collins, and unfortunately he’ll have to go a third round. Nebraska transfer Patrick O’Brien is slated to replace him.

If there is any team in the Mountain West that has had Boise State’s number, it’s Air Force. The Falcons are giddy for the opportunity to rattle Boise State’s true freshman quarterback, who’s been plagued by, wait for it...poor offensive line play. A seemingly new staple of Bronco football.

The Herald Journal’s Jason Turner is calling for the Utah State Aggies to put their road demons away and collect their first big Mountain West road win in years.