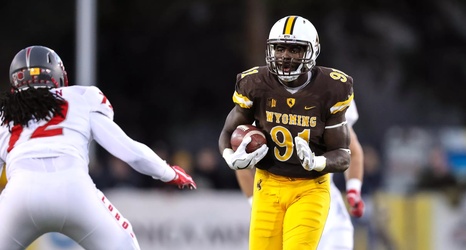 Shortly after signing to the New Orleans Saints as a free agent, Carl Granderson was sentenced to six months in jail on Thursday. The former Wyoming DL is serving time in jail after he plead no contest to sexual battery and unlawful contact. These charges resulted from an incident back in November with two Wyoming students.

In the first meeting ever between Boise State and Georgia Tech, Jeff Borzello of ESPN picks the Broncos as his sleeper team. Boise State reached the championship of this classic in 2013, which they lost to Iowa State.