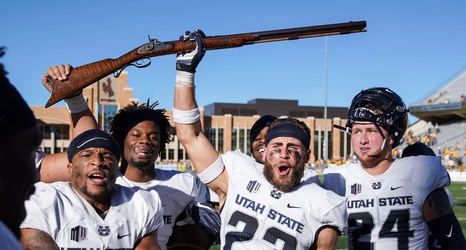 The Saskatchewan Roughriders of the Canadian Football League drafted former Colorado State Ram Jake Bennett in Wednesday’s supplemental draft. Bennett briefly played in the now defunct Alliance of American Football and now gets another chance at pro ball in Canada.

Former Nevada Wolf Pack basketball star Cody Martin was drafted by the Charlotte Hornets in the second round of last week’s draft. Turns out Cody might get to play with his twin brother once again, with the Hornets in talks to sign Caleb.

FanDuel released their projected win totals for college football, and it appears they are projecting precisely 7 regular season for the 2019 Utah State Aggies.