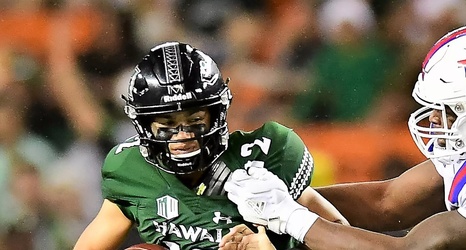 By defeating Fresno State 37-35, Utah State became the first team to beat SDSU and Fresno State on the road in the same season since 2013 and with the win have kept their MW title hopes alive. Dominik Eberle was the hero as he converted on all 3 FG attempts including the game winner. Utah State finds themselves second in the Mountain division and still has a bout with Boise State still to go.

The Spartans lost Saturday’s game against Hawaii 42-40 but what was even more interesting is that neither team punted the ball once. SJSU had 8 total possessions and scored on every single one, it is not too often you see a team score every time they have the ball and still lose.