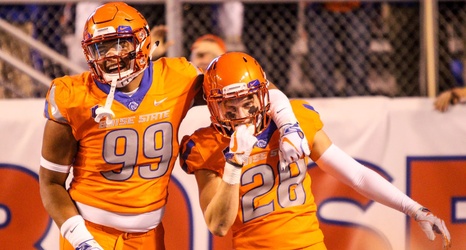 Football is back! (almost)

Day one of the Mountain West Media Days began in Las Vegas Henderson, Nevada at the Green Valley Ranch Resort with the usual first step: the releasing of the all-conference teams and predicted order of finish.