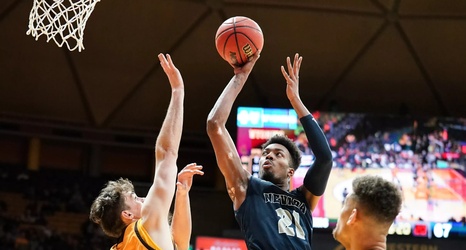 Jordan Brown is headed to the desert.

The former five-star recruit transfered to the University of Arizona early Friday morning, according to Jon Rothstein of CBS Sports, Jeff Goodman of Stadium Evan Daniels of 247 Sports and numerous reports.

Brown entered his name to the NCAA Transfer Portal on April 11 after one season at Nevada. He visited two other Divison-1 schools in Kentucky and Texas A&M, according to Rothstein.

The freshman forward averaged 3.0 points on 50.6 percent shooting, 2.1 rebounds and 0.5 blocks in 10.1 minutes per game with the Nevada last season. He was the first McDonald’s All-American and five-star recruit in school history.