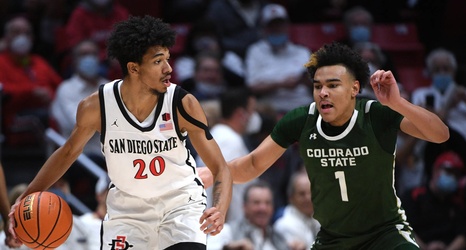 Not only was it Colorado State’s first loss, but San Diego State picked up a quality win to boost its NCAA Tournament resume. And the Aztecs have taken first place in the Mountain West standings at the very early point of the conference season.

After the last week that has seen the Ram and Aztecs battle, and a plethora of COVID postponements, let’s see where the Mountain West teams stand in this week’s bracketology report.

The Rams suffered their first defeat of the season last Saturday to San Diego State.