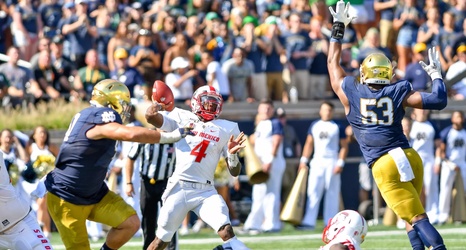 Saturday was not a good day for the New Mexico Lobos football team, as they were easily handled by the Notre Dame Fighting Irish 66-14. The loss drops the Lobos to 1-1 on the season, but there were some takeaways that the Lobos can work on as they head into this week’s Rio Grande Rivalry game with New Mexico State.

Leading up to the game I said that the Lobos would go how Sheriron Jones would go. When he was on last season the offense was prolific, when he was off so too was the offense.