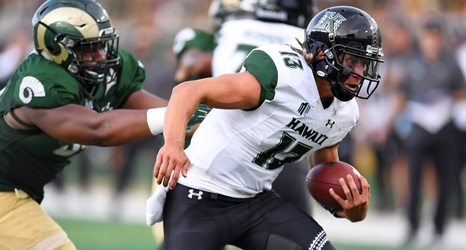 Petty or not, a good old-fashioned, “I told you so” always feels good. That’s where Hawaii football has been since last season, where despite a rough showing in the Hawaii Bowl, the fact that the Warriors were in the Hawaii Bowl at all was an accomplishment in contrast to the doomsday day projections placed on them by neutrals heading into the 2018 season.

That said, as the old cliche goes, “Last season was last season.” Hawaii enjoyed a second rebirth under Nick Rolovich, and while expectations will rise for the Warriors in 2019, they’ll also be motivated to not replicate the flop of 2017 that followed a surprise positive 2016 season.