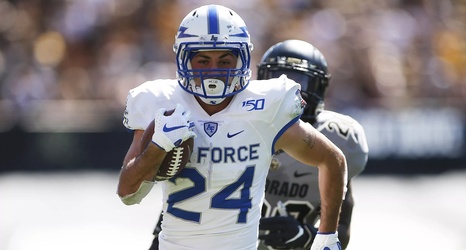 The Mountain West’s latest Power Five victim is the Colorado Buffaloes, who fell 30-23 in overtime at Folsom Field in Boulder to the Air Force Falcons.

In this edition of the Mountain West Connection’s Film Study, we detail how the Falcons, who haven’t played the in-state Buffs in 45 years, did it.

On the surface, Air Force did what it wants to do going in to every game: run the ball and control the clock. The Falcons outgained a solid Colorado offense in the game, 444-325, and outrushed the Buffs 289-105. Air Force had the ball for 34 minutes, 4 seconds, nearly 10 more minutes longer than Colorado.