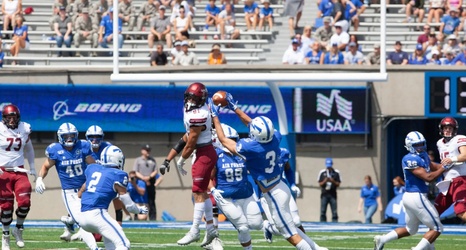 I could have written the same intro to each of my first three positional analyses. “Strong players return from turnback, young starters from last year should improve from plenty of playing time last year, forming a solid and deep group.”

For this unit, I expect three of the starters will be returning turnbacks, and the fourth will be a first time starter from last year.

Last year was not a stellar year for the secondary, although opponents only averaged 167 yards per game. The average was skewed by the game against Army, who only threw two passes for 0 yards.