Cougars down Cowboys 38-24, continue dominance over Wyoming in Provo 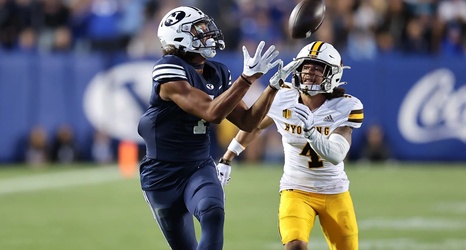 The BYU Cougars beat the Wyoming Cowboys on Saturday night 38-24 in Provo. It was a score that, believe it or not, I predicted correctly in my game preview earlier in the week (sorry, just needed to add in a quick subtle brag). Nevertheless, it was a game that should both hurt and benefit the Pokes moving forward into their conference matchups. The reason being, it showed some of their weaknesses and where some of their vulnerabilities may lie as a team. But there were positives to take away as well. The game should also act as a moral victory in that these Cowboys showed themselves and others that they have taken some steps forward and have the ability to hang around with some of the best the nation has to offer as a still young and developing unit.