Colorado State vs Toledo: Ag Day Under the Lights 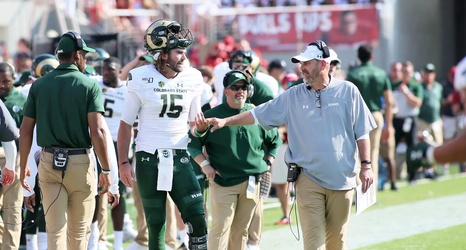 Adversity has hit this Colorado State team for the first time this season. Starting QB Collin Hill for the third time has torn his ACL effectively ending his season. It occurred on a controversial hit, I personally think it was a cheap shot, but it’s been up for debate all week. The Rams came back to tie the game with Arkansas last week at 34 before the team imploded giving up the final 21 points to the Razorbacks. The Rams are back at home this week to take on the Toledo Rockets. This is the final non-conference game of the season, and it won’t be an easy one.